Gwyneth Paltrow Is Full of Goop 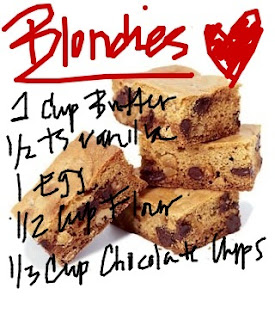 You probably already know that Gwyneth Paltrow has a website, “GOOP.” You may also know that she has consequently been the object of quite a few bloggers’ attacks. I felt kind of bad for her at first; I mean, as a celebrity she’s an especially easy target. As a celebrity from a privileged upbringing who now disses the US whenever she gets the chance and speaks with an affected quasi-British accent rivaled only by Madonna’s, she’s an even easier target. So while I am no big Gwynnie fan, it seemed she was taking a bit too much heat for what I thought were simply recipes and exercise tips. And then I went to the site.

I didn’t go to GOOP on purpose. (Ha. “Go to GOOP.” This could be the new “jump the shark.”) I was planning a dinner party and, since I’m not much of a baker, I googled “blondies.” I just wanted to make blondies, I swear. Google directed me to, among other places, GOOP, where I read this:

The cookie. Small, delectable, perfect. Not out-of-a-package cookies with unpronounceable ingredients. Warm, homemade cookies. Butter. Brown sugar. Chocolate. I’ve rounded up some of my all-time faves, the ones that you find on my kitchen table most often. Bliss.

A few paragraphs later, Gwyneth offers a blondies recipe. Here’s what struck me. Or rather, here’s what made me really angry: The first line of the recipe entry is “This recipe has to be the least healthy ever to be included in GOOP.” Oh, man, come on. Is she really going to be that girl? You know, the one who has to point out the calories and fat in every freaking tasty BLISSful thing out there? I’m not a big dessert eater; I’m an organic-foods enthusiast, a vegetarian, and a somewhat compulsive exerciser. But if I want to have a blondie, I want to do so in peace. GPalt is that girl, though. At the end of her intro, she tells us the calorie count in a blondie – and she calculates one blondie as…wait for it…1/60 of the total recipe. When was the last time anyone divided a pan of brownies or blondies or whatever into sixtieths?! It’s dessert, not an amuse-bouche! (Ha! Take that, Gwynnie. Amuse-bouche! Who’s the pretentious foodie now?) Her idiocy completely distracted me from my original plan and I spent the next hour reading through some of her…goop. It’s pretty easy to hate. Gwyneth herself has already responded to this hate, telling Elle UK, “F&*k the haters…How could people hate me, my intentions, or what I’m trying to do? I’m a good person and I’m trying to put good things out into the world.” Um, okay. You might be a good person. There is really no way for me to fact check you there, Gwyn. But “putting good things out into the world?” Let’s examine this by looking at a few of the gems I stumbled across:

The Title: "GOOP: Nourish the Inner Aspect." The what? Do what to the what? How is attaching guilt to a blondie and promoting starvation diets (see the next item) nourishing anything? Nourish. The. Inner. Aspect. Riiiiiiiiight.

The Diets: One week’s newsletter is called “Detox.” In it, Gwyneth begins with, “It’s that time of year, folks. I need to lose a few pounds of holiday excess. Anyone else?” Ugh. It doesn’t nourish my inner aspect to search the internet for “good things” and come across these words. I hate the implication that enjoying the holidays is excessive, and I hate the cloying way she asks this question, like we’re all in this together. She’s just one of us, guys! One of us needs-to-lose-weight-excessive gals! She goes on to offer a 7 Day “cleanse” menu that she designed herself (they teach Nutritional Sciences at theater school, right?). Each day’s menu begins with a “glass of room temperature water.” And then, an hour later, you get a cup of herbal tea. Breakfast of nourished champions, I am sure. The rest of the menu includes smoothies and raw vegetables and pureed soups and the occasional steamed piece of salmon or chicken. Isn’t she the mother of two kids? I couldn’t take care of a skateboard on this diet, never mind a child. Also, the practice of excessive eating followed by near-fasting is, last time I checked, referred to as “bingeing and purging.” She calls it “cleanse;” I call it socialized bulimia. Most importantly, regardless of the caloric and nutritional values in her menus, I object to the assumption that she is in any way qualified to create a menu that others should follow. And I certainly reject the breakfast-free detox diet as an example of good things in the world.

Her language. In one post she refers to her friends “Katie Lee Joel and her husband William.” William Joel. I read an interview with Katie Lee Joel last week in People, and Katie Lee referred to her now ex-husband as “Bill.” So, what’s up with that, Gwyneth? Are you trying to impress us with your knowledge of nicknames and their formal sources? When I read this, I immediately thought of that “Seinfeld” episode in which George is dating the crazy “papier-mache” hat maker who wears chopsticks in her hair and refers to Jerry as “Jerome.” This sort of thing  -- Jerome, William -- is a device writers use for characterization when the trait they are trying to evince is pretentiousness. Just saying, Gwyneth. Is this a voice to which we are supposed to relate? I, for one, don’t want to.

You get the idea. I realize that I don’t have to read the site. If it bothers me so much, don’t read it, right? Good point. And I won’t. I also realize that by writing about it, I am likely inspiring people to go to the site and hence increase its traffic. Whatever. I am not trying to take the woman down. (Cut to Gwynnie breathing a huge sigh of relief.) I’m just wondering, when did we start supporting the idea that an actress is an expert on topics like relationships (yes, she goes there) and nutrition? And when did an educated woman start believing that she was putting “good things out into the world” by telling me to cut my blondies into sixtieths and drink water for breakfast? She might be an easy target, but she has earned that.  If one is going to use her celebrity to appoint herself an expert on things that really affect others’ well-being, then I hope we call her out when she misleads. I hope her irresponsibility is met with responsibility on the readers’ side. And I hope that the people who read her drivel, especially the women, reject her advice for what it is: goop.
Posted by Renée Z. at 5:16 PM