Is NBC Trying To Suck? 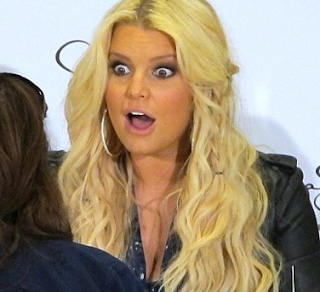 If so, well done!

I'm still coming to terms with the end of 30 Rock, but evidently Jeff Bader, President of Programming at NBC, enjoys kicking me when I'm down. To wit, this, from Deadline.com: "NBC has ordered a comedy pilot presentation starring Jessica Simpson." Yeah, you read that correctly. Evidently the show will be "inspired" by JSimp's life, which makes sense because, you know, she is nothing if not inspiring. Says Jess, “I often find myself thinking that no one could ever make up the things that actually happen in my life — so between the real-life elements and a great team of writers, I think we’ll have people laughing!" Well, I have to give her that one -- the first part, anyway. Who knew that a marginally talented singer could parlay a multi-pronged case of idiocy into a thriving fashion and entertainment career? Indeed, that shit is stranger than fiction. But, riddle me this, NBC: what do we not already know about Jessica Simpson's life? Whom she's fucked? Check. How much she weighs? Check. That her preacher/manager father is mired in egodystonia and reaction formation? Got it. Her bra size? Indexed, thanks to dad! Undeterred by the offensive amount of Jessica info with which we have already been assaulted, a co-executive producer of the show promises that "Jessica Simpson is truly a modern day Lucy with incredible comedic chops." Yes, he just compared Jessica Simpson to Lucille Ball. Which is fair. The latter was one of the most influential female performers of her lifetime, and the former tweets about farting. You say tomato, I say fucking shoot me now. 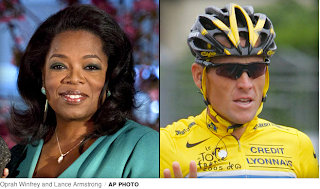 I mean, I can't with this guy.

So, you probably already know this. Lance Armstrong confessed to Oprah during an interview that will air Thursday on OWin's network that yes, duh, what are you, new? He used performance-enhancing drugs.

As I said, I can't, so I'm going to leave it to a paragraph from a report at CBSnews.com about Lance's confession. This really says it all.

Yet Armstrong looked like just another runner getting in his roadwork when he talked to the AP, wearing a red jersey and black shorts, sunglasses and a white baseball cap pulled down to his eyes. Leaning into a reporter's car on the shoulder of a busy Austin road, he seemed unfazed by the attention and the news crews that made stops at his home. He cracked a few jokes about all the reporters vying for his attention, then added, "but now I want to finish my run," and took off down the road. 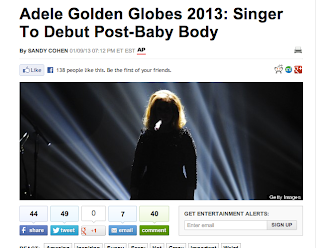 Really? Hmm. I thought she was there to SING A FUCKING SONG. But now that HuffPost writer Sandy Cohen has cleared this all up for me, well, that changes everything. I was planning to watch the Golden Globes with a glass of wine and some snacks, but I'll be sure to bring my tape measure, scale, and BMI chart, too -- as well as my wildly destructive and incessant evaluation of women's body shapes and sizes, particularly those that have made a human being, which we all know is just a  pesky waistline-killing chore. Good call, Sandy. Keep up the great work.
Posted by Renée Z. at 9:17 AM 3 comments 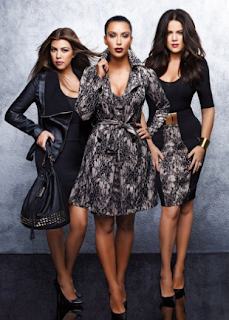 I seem to have lost my blogging mojo this week. If anyone sees it, lemme know. In the meantime, enjoy Maude Apatow, daughter of Judd Apatow and Leslie Mann, doing THE BEST impressions of all 3 Kardashian shitstorms sisters ever. Ev. Er. Maude is my new hero. She's 13, by the way.

Wait, what's that? The video is too big for the text box? Yeah, no shit. What are you, new? Just watch it. I mean that in the nicest way possible. 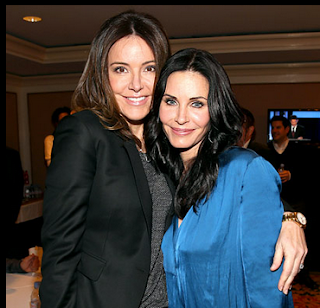 Dudes. Courteney Cox is starting to really freak me the fuck out. Hey, CoCo, um, I liked it the first time, when it was called Jocelyn Wildenstein. Put down the syringes, Monica. Please.
Posted by Renée Z. at 1:07 AM 0 comments

Have They Mentioned The Diets? 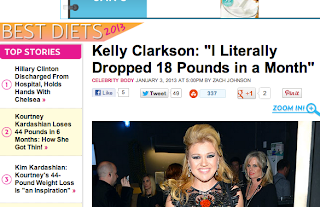 How many idiotic, infuriating things can one egregiously irresponsible periodical cram into a screen capture? It's a question for the ages, I know. The answer in this case, however, is four:

1. Evidently Kelly Clarkson was holding those 18 pounds in her hands when she LITERALLY dropped them. Fortunately for KClark, the misuse of language does not disqualify one from winning a spot on the "Best Diets of 2013" list. Phew. I am so thankful to live in a world where one's ability to eat fewer calories than she uses is rewarded more vigorously than, say, a solid command of the language she speaks. Fabulous.

2. BEST DIETS OF 2013. The best diet is the one that keeps you alive and healthy. The end, asshats.

3. "Kourtney Kardashian Loses 44 Pounds in 6 Months: How She Got Thin". Well, first of all, there was that HUMAN BEING that came out of her and all of the ancillary fluids and matter than came along with it; Kourtney likely left the hospital with a good 10 pounds gone already. But, you know...way to set up more unrealistic expectations for women and their bodies! And, for the record, I have a sneaking suspicion that we all know the answer to this tantalizing mystery. I mean, I'm no psychic, but I betcha she got thin by dieting and exercising -- or with the Hollywood version, abusing adderall. Tomato/tomahto.

4. Always the prophet, Kimmie thinks her sister's weight loss is "an inspiration." Oh my god, KK, you're totally right! Kourtney is a hero -- nay, a saint! I mean, she managed to exercise some control over her intake of the endless supply of food to which she is lucky enough to have access. Brafuckingvo. You know who is my inspiration, Kimberly? The person who gets you, your sisters, your mom, and anyone else in your polluted mess of a famewhoring family to permanently shut the fuck up.

Oh, and also, if you can find this tidbit in between all the amazing, inspirational, BEST DIETS, you can read about the woman who could be our next president and how she left the hospital with her daughter. No word on their weights, though. Grrrrrr. 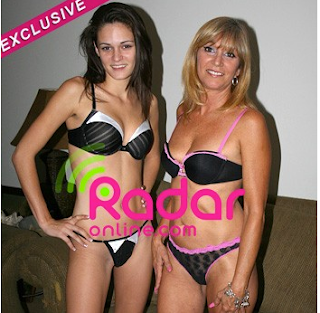 "We've had a blast at it. We're like movie stars. We go on set and everyone treats us real special and they do our hair and makeup and tell us how beautiful we are. It's a great ego booster!" - Monica Sexxxton, one half of the porn duo The Sexxxtons, to RadarOnline.com. I should probably mention here that the other half of the duo is Monica's mom, Jessica. Yeah. The 22 year-old girl and her 56 year-old mom make adult films together. Let me help you out with that: the mother and daughter have sex on film with the same men. In the same frame. On the same set. NEXT TO EACH OTHER. But, you guys, it's a great ego booster! Of course it is! I mean, all developmental psychology principles to the contrary, I am certain that Monica's sense of self is strengthened by sharing penises with her mom. And there is nothing at all tragic or instructive about a young girl explaining her fondness for tandem sex with mommy by gushing "they treat us real special and tell us how beautiful we are." For the love of gods, people, pay attention to your daughters -- and maybe to their brains and hearts in particular. Fuck.
Posted by Renée Z. at 7:28 AM 5 comments