Hmmm. How Can I Put This? I Know: F*ck You, LaVar Christensen! 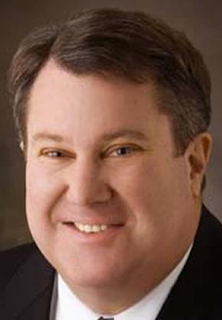 Representative LaVar Christensen of Utah has introduced a bill that would require all publicly funded programs, laws, and regulations to ensure they exclude families of gay and lesbian couples. LaVar wrote in the bill that "marriage and family predate all governments and are supported by and consistent with the Laws of Nature and God, the Creator and Supreme Judge of the World, affirmed in the nation’s founding Declaration of Independence...families anchored by both a father and a mother, fidelity within marriage, and enduring devotion to the covenants and responsibilities of marriage are the desired norm." I love legislation that references "God, the Creator and Supreme Judge of the World." Separation of Church and State is so silly. AND SO CONSTITUTIONAL. And of course the "desired norm" is really just that which follows LaVar's conservative Mormon beliefs. Want a few fun facts about our boy Christensen? He is almost always engaged in a fight against same sex marriage; he supports tax cuts for the wealthy; and he thinks we should drill for oil in protected animal habitats. If you aren't already head over heels in love, sink your teeth into this brilliant quotation of his:

"Tolerance is the religion of people who no longer believe in anything."

Oh, that's not true, LV! I believe in a lot of things! First and foremost, I believe that people like you are dangerously ignorant, shamelessly malevolent, and clearly suffering from ego-dystonia such that you have to lash out at the people who represent the choices you have never been brave enough to make. JUST. SAYING.
Posted by Renée Z. at 9:27 AM