Somebody Needs A Refresher Course 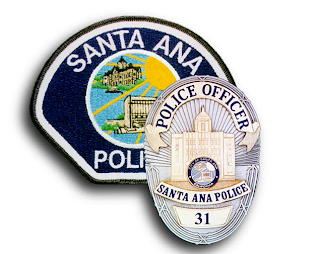 Jezebel.com reports that last night, two members of gay rights group Equality California found a noose on the door of their Santa Ana office. When they reported the obviously threatening hate crime to the Santa Ana Police Department, they were dismissed. In fact, an officer responded to the complaint with these words: "Sometimes you just have to live with being a victim." OH SNAP! When asked why he was such a jackass, the officer replied, "I'm an ego-dystonic gay man with a mustache and a gun!" Okay, I made that last part up, but whatever. If you want to remind the Santa Ana PD that the noose message is a hate crime by definition, you can do so here (thanks to Jezebel for the link).
Posted by Renée Z. at 6:47 PM

Email ThisBlogThis!Share to TwitterShare to FacebookShare to Pinterest
Labels: LGBT