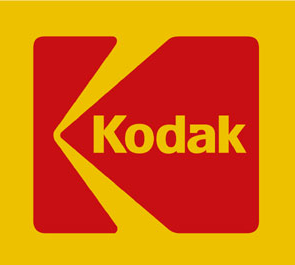 "Teen Nick boasted that Kodak was the sponsor of their show Degrassi: The Next Generation and aired dozens of their advertisements just before Kodak received thousands of e-mails regarding the program's irresponsible content...[which] targets teens with gay propaganda and other immoral behavior." - David Caton, of the Florida Family Association, bragging that his organization's complaints are the reason that Kodak pulled its ads from "Degrassi." Here's some of what the FFA objects to about the show (from their website):

TeenNick.com reports the following “Notable Events” about Riley Stavros, the homosexual teen quarterback:
* Kissed Zane outside Above the Dot
* Became friends with Peter; tried to kiss him
* Hooked up with an old camp friend in the woods
* Tried steroids; injured Sav in a violent rage; stopped taking them
* Had a crush on his openly gay swim coach, Sam
* Punched Sam when Sam tried to talk to him about being gay
* Was told by Sam that he doesn't have to come out until he's ready
* Confided in Peter that he's not "confused"; he's gay
* Confided in Anya that he's gay after she caught him checking out Zane at yoga
* Went on a date with Zane, but abandoned him to a security guard when they got caught trespassing on a construction site
* With Peter's encouragement, went to an LGBT mixer at Above the Dot to find Zane
Oh. My. God. You mean Riley actually confided in friends that he is gay????? OUTRAGE! Kodak has, in fact, pulled their ads from Degrassi, but a spokesperson from the company maintains that the pull is part of a planned break and that ads will resume on the show next week. I sure hope that's the case, Ko-diddy-dak. I mean, not that you need to worry about being relevant -- your brand and its film for cameras are so 2010. But, here's the thing: Lady Gaga is one of Kodak's creative directors. You know she won't stand for this crap. Meat dress, maybe. Homophobia, no way. Just saying. Watch your backs, Kodak.
Posted by Renée Z. at 9:16 AM