I Hope She's Not "Sort Of Pregnant" 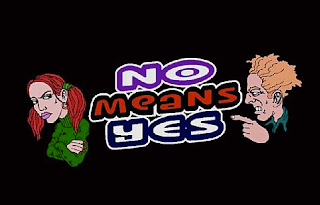 "...the incident was partly consensual." - from a report at Triblocal.com about the charges brought against 17 year-old male student in Evanston, Illinois, who had sex with a 14 year-old girl in their school's bathroom. The report doesn't provide many details on the incident but explains that the young man will be charged with misdemeanor sexual abuse rather than felony sexual abuse because, according to Cmdr. Tom Guenther of the Evanston Police Department, the victim, uh, consented a little. Okay, so, I don't know what happened in that bathroom, but what the F**K is "partly consensual" sex? Navigating sexual messages and mores isn't confusing enough for a teenager these days, right? Let's add fractional increments of rape to the equation. Brilliant. Keep up the good work, EPD!
Posted by Renée Z. at 1:23 PM