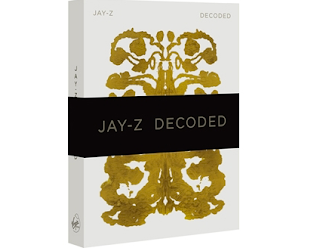 Hey, so you know Jay-Z? Turns out he shot his own brother when he was 12. True story. According to Jay's new memoir, "Decoded,"  his bro was a crack addict who kept stealing Jay's stuff to buy drugs. So Jay shot him. When he was 12. In between dodging stray bullets in his Bedford-Stuyvesant housing project. Says the music mogul, "It was terrible. I was a boy, a child. I was terrified." Yeah, well, once when I was 12 I smoked a Marlboro Light next to the train tracks in suburban Boston. Now who's bad?
Posted by Renée Z. at 8:56 AM