Wherein I Throw Up In My Mouth 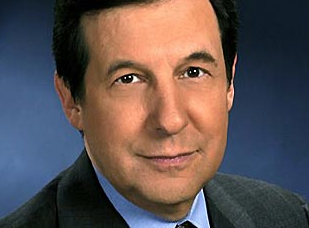 "Maybe the secret is I know how to satisfy a woman. Has that ever occurred to you?...If I had my own pad and was a bachelor in New York, I wouldn't be lonely. It'd be party night." - Chris Wallace, an anchor at Fox News, to radio host Mike Gallagher. Gallagher joked that Wallace's wife was a saint for putting up with him, and Wallace got all chest-beating gorilla on his ass. Oh, and then he suggested that Gallagher call a hooker, despite Gallagher's attempts to keep the interview on track. Did I mention Wallace is a NEWS ANCHOR? Yeah. So, if you haven't lost your breakfast yet, you can hear the barftastic conversation below. Stay classy, Fox News. And as for you, Gallagher, me thinks the man doth protest too much. Just saying.