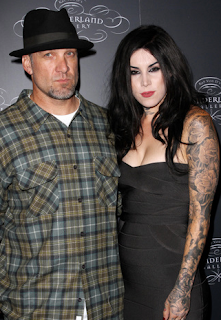 Walmart is getting healthy! According to The New York Times, the company has announced a 5 year plan to "make thousands of its packaged foods lower in unhealthy salts, fats and sugars, and to drop prices on fruits and vegetables." The plan is a result of ongoing talks between the country's leading retail chain and First Lady Michelle Obama. This is great. I mean, go to a Walmart -- particularly one in an economically depressed area -- and you'll find the problem of national obesity screaming at you from the shelves. There is barely any produce, most of the prepared food is processed beyond recognition, and more healthful items, such as whole-grain foods, are prohibitively expensive compared to less healthful options. All to say, this initiative is a huge step in the right direction for the inarguably influential chain. Now if they could just address their egregious labor practices, affinity for censorship, and suburban sprawl culpability, I might stop sending them hate mail.

This brings a tattooed teardrop to my cheek: Jesse James, indiscriminately philandering ex-husband of Sandra Bullock, is engaged to Kat Von D of "LA Ink." Jesse tells People magazine that "2010 was actually the best year of my life because I fell in love with my best friend. An amazing woman who stood behind me when the world turned their backs." Awww. Wittle Jesse feels like the "world turned their backs" on him. That's so sad. Maybe it was the Nazi photos, you jackass. Anyway, congratulations. I can say with no sarcasm that these two appear to be made for each other. Mazel tov.

Another Palin is in da house! Bristol Palin has apparently changed her son Tripp's last name; the boy, who was originally named Tripp Johnston after his father, Levi, is now Tripp Palin. Seeing as how Levi is a famewhoring bum who rarely sees his kid, it makes sense that Bristol might want to drop his name. Although, now that I think about it, Palin is sort of a lateral move, isn't it? Anyway, I think it's senseless that any kids automatically take their dads' names, so, more power to you, Bristol! While you're "cleaning house," so to speak, could you do just one thing for me? Okay, three things: Shut up, tell your mom to shut up, and then stay far away from reality TV. Both of you. Thanks! [RadarOnline]
Posted by Renée Z. at 12:20 PM