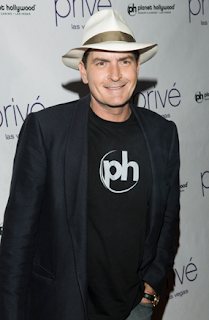 I imagine you've heard my now that Charlie Sheen was admitted to the hospital with crippling stomach pain after a days long bender with hookers and blow. According to Camp Charlie, he has a hernia. Right. Despite friends and family telling the press that they're worried about Charlie, his rep confirms that Sheen left the hospital last night and will be on the set of "Two and a Half Men" on Tuesday to resume filming. Have I mentioned he makes $1.8 million per episode? Yup. Don't do drugs, kids. They cause hernias.
Posted by Renée Z. at 7:38 AM