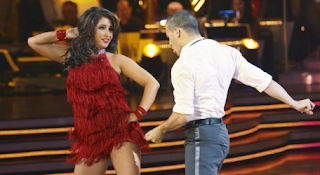 "Bristol gives readers an intimate behind-the-scenes look at her life for the first time, from growing up in Alaska to coming of age amid the media and political frenzy surrounding her mother's political rise; from becoming a single mother while still a teenager to coping as her relationship with her baby's father crumbled publicly – not once, but twice." - publisher William Morrow, offering details on the upcoming Bristol Palin memoir, titled "Not Afraid Of Life." Nice thinly-veiled, pro-choice message, BPal. Subliminal politics aside, there are few things I want less than a behind the scenes look at Bristol Palin's life. But I wish her well -- really. I hope she makes lots of money off her continued shameless famewhoring at her mother's behest. Sometimes integrity and talent are just a waste of time, you know?

Bristol Palin Book Deal Materializes To Publish "Not Afraid Of Life" [HuffPost]
Posted by Renée Z. at 8:41 AM