A Tale Of Two Titties 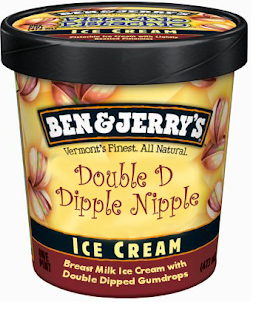 Sorry about the title. Sometimes I can't help it.

Regarding the actual story here, there are many details to cover before I make my "point," so let's just get them out of the way, shall we? Great. Here we go:
Okay. Where to begin, right? You know, I'm feeling these bullet points this morning, so let's stick with them.
As for me, I'm not sure why the idea of human breastmilk as dessert is any more disgusting than cow breastmilk as dessert, but then I'm not that interested in either of them. Those of you who are will have to sort out the choices on your own. Good luck!
Posted by Renée Z. at 8:34 AM