And The World Breaks Even 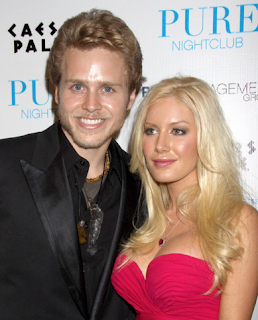 "We don't want sympathy. We did this to ourselves and feel like idiots." - Spencer Pratt tells Life&Style magazine that he and Heidi Pratt are broke. According to Pratt, the couple threw away $10 million dollars on homes, cars, and Heidi's music "career." Now, the couple owes $2 million in taxes and is living with Spencer's parents. Oops! Interestingly, Spencer did not cite Heidi's bionic rebuilding as a source of their financial distress. He did however, implicate the show Jersey Shore. Explains Pratt, "...we never saw Jersey Shore coming. Before, TV audiences were fine with seeing us all argue, but now they want you to punch one another in the face and hook up with three different people. Our cast was a bit boring and snoozeworthy in comparison. Now wonder we got canceled." Yeah, well, I don't know how much Snooki et al had to do with The Hills being canceled, but whatever. Point is that Speidi is broke, and The Sitch is not, and MTV has become a famewhore factory. It's the circle of life, people.
Posted by Renée Z. at 2:02 PM