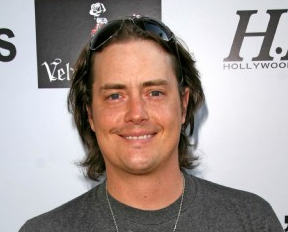 "Drugged Up Jeremy London Wasn't Really Kidnapped, Claims New Witness" - this morning's "Exclusive" story at Radaronline.com. For those of you who aren't familiar with the Jeremy London Caper of 2010, let me get you up to speed (pun intended): Back in June, actor Jeremy London, formerly from 7th Heaven and currently from Celebrity Rehab, alleged that he was kidnapped and forced at gunpoint to smoke crack. It was one hell of a coincidence, considering Jeremy lost custody of his son because of drug problems and was being randomly drug tested at the time of the "kidnapping." Regardless, cops had to take JLo's accusations seriously because, you know, that's how we do things in this country with all of our fairness and shiz. But now the shocking witness account reveals that Jeremy just might have chosen to do drugs with the alleged kidnappers. Says Debra Davis, "He wanted meth and said he had no money left, so we drove him to get money at an ATM...he hung and did drugs." WHAT?! NO!!!!! There is no way that a deadbeat dad drug addict made up an entire story about being forced to party. There is no way a black man is being held in an American jail on $500,000 bail for a crime he did not commit. I hope Jeremy London sues everyone involved for this vicious and slanderous suggestion. Oh the humanity!
Posted by Renée Z. at 9:33 AM