The Hippocratic Oath Is For Sissies, Anyway 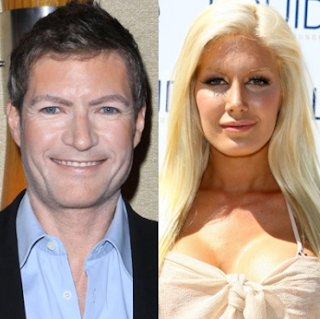 "I definitely think I should have been way more informed. I think that doctors should really walk you through all aspects of it, not just the glamorous side. Doctors, it's like they're selling you cookies or something." - Heidi Montag, in an ABC interview, referencing her 10 plastic surgery procedures in one day. Here's the scary thing ahout her statement: she makes...oh man, I can't believe I am going to write this... a good point. Stay with me. RadarOnline has published emails exchanged between Heidi Montag and Dr. Frank Ryan, the plastic surgeon who performed her procedures. The emails -- which Dr. Ryan often signed "XOXO" -- seem to support Heidi's recent allegation that he pushed her to have more procedures than she should. And on top of that, the dude was clearly asking Heidi to help make him famous. Dr. Ryan died in a car crash a few months ago, so, you know, I'll leave him alone. But the emails are super creepy for three reasons: they make a scary statement about medical ethics; they illuminate a dangerous effect of celebrity culture; and they prove that Heidi Montag actually said something worth listening to. Shudder. Here's a sample of Dr. Ryan's messages to Heidi:

Not sure if you are following me on twitter, but could you mention to your followers that they may want to follow me? My web guy keeps bugging me to get more active in twitter.

(After repeatedly asking her to come to his birthday party) I need the modern-day marilyn monroe to sing happy birthday to me like she did to JFK! :)

Let me know when you want some botox/juvederm.

Can you wear the dr frank ryan eco-spa wear along with a dr frank ryan T that day? They are perfect for lounging or yofa or working out etc. I will bring some with me so you can change into them, if you don't mind.