Every. Single. Kind Of. Wrong. 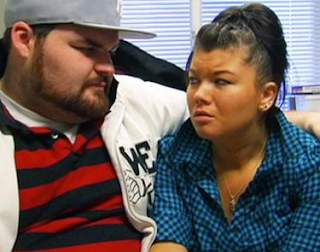 When MTV premiered "Teen Mom," I vowed to ignore it. No matter how many magazine covers those babymommas landed, I ignored them. And now this, from HollywoodLife.com:

The lovely Amber disclosed her salary to the court after she was booked on two felony counts stemming from an incident that appeared on "Teen Mom" when she beat up her babydaddy. Yeah. The one whose baby she dropped out of high school to carry. The one she isn't really dating anymore. So then protective services took her daughter away. And then she went to jail. And then she got a life sized tattoo of her daughter's face. And now she's out on bail. For this, she makes $280,000. That's cool. No problem with that message at all. I'm going to drink now. Good day.
Posted by Renée Z. at 10:04 AM