The Price Of Brett Favre's Junk 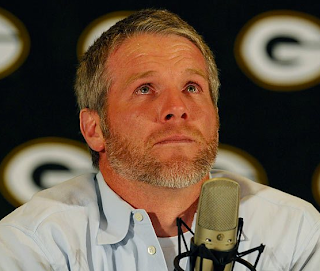 “On the basis of the evidence currently available to him, Commissioner Goodell could not conclude that Favre violated league policies relating to workplace conduct...However, Commissioner Goodell also determined that Favre was not candid in several respects during the investigation, resulting in a longer review and additional negative public attention for Favre, Sterger, and the N.F.L. Commissioner Goodell stated to Favre that if he had found a violation of the league’s workplace conduct policies, he would have imposed a substantially higher level of discipline.” - a statement from the NFL (via The New York Times) explaining their decision to fine Brett Favre $50,000 for sending unwelcome shots of his genitals to Jenn Sterger. Ahh, Brett. So many jokes, so little time. Imma take a cue from Charles Barkley and say this: too bad for Brett they didn't fine him by the inch. And, on a serious note, where are my punitive damages for the trauma of having seen his philandering, flaccid penis? Three words, people: class action suit.
Posted by Renée Z. at 11:45 AM