I Weighed A Girl And I Liked It 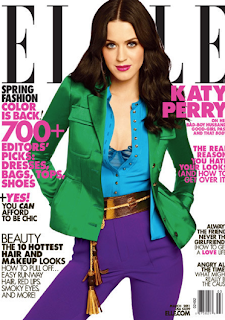 "I was shaped like a square at one time. I was! I'm generally around 130 pounds, which is totally fine for me. But when I was a kid, I was the same height and weighed more like 145." - Katy Perry, in this month's Elle magazine. I suspect Katy thinks she's some sort of champ for revealing her weight, and, in fact, at her height, 130 pounds is most likely healthier than average among celebrity women. But imagine reading this if you are a young fan who has the unfortunate lot in life of weighing a square-like 145? Evidently that is not "totally fine." Don't get me wrong; I'm not ripping Katy for having a weight at which she is most comfortable (and a healthy one at that). I have one, too. Most women I know -- for better or for worse -- have one. But it is pretty obviously irresponsible to talk numbers when you know young women are listening. Which is weird, because I would have thought that a woman who squirts whipped cream from her bra would be a genius. Who knew?

INFURIATING UPDATE #1: RadarOnline posted a bit about Katy's Elle interview.  Here's the intro:
"Singer Katy Perry is known for her curvaceous body, but the hourglass songstress wasn’t always a perfect 10, and says she’s dropped nearly 15 pounds since her adolescence, RadarOnline.com has learned." So, let's review. 130 = Perfect 10. 145 = less than perfect. Got it, everyone? Grrrrr.
Posted by Renée Z. at 9:51 AM