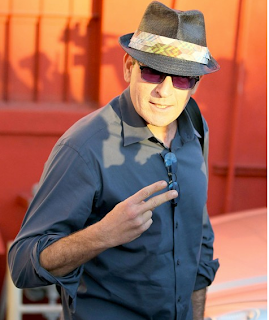 “Charlie was supposed to go to a rehab facility but he absolutely refused to go. He is at home now and those close to him are trying to get him to enter a facility, but he doesn't think he has a problem.” - a "pal" of Charlie Sheen tells RadarOnline. It seems Chuck is hiding in his big LA mansion -- not at rehab as his management claimed. Shocker. Well, the good news is that I can return to writing about CShee and his party friends. The bad news is that a father of three is using the $1.88 million he makes each week for memorizing 15 minutes of text to neglect his children in favor of hookers and blow. So, you know, it's good and bad.
Posted by Renée Z. at 7:35 AM