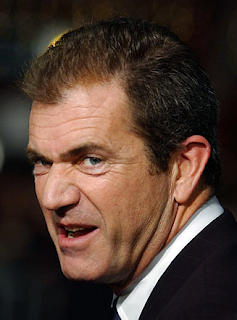 TMZ reports that Mel Gibson will take a plea bargain in spousal assault case against him. As a result of pleading guilty to simple battery against his babymomma Oksana Grigorieva rather than risking trial on the corporal injury charge, Melvin will avoid jail time and receive only counseling as a sentence. Which is cool, because, you know, it's not like beating your spouse and demanding fellatio under the threat of violence is a big deal. I'm glad to see Melly catching a break. He's been so persecuted for all that anti-semitism stuff. Thank God he has the money to get himself out of the trouble that the less fortunate would be in. And just in case you think this whole deal is bullshit, let Mel's attorney, Blair Berk, explain:

[Mel's] right to due process can only be exercised in this case with an enormous media circus attached. Mel's priority throughout all of this has been that the best interests of his young daughter Lucia and the rest of his children be put first in any decisions made.  It is with only that in mind that he asked me to approach the District Attorney with a proposal that would bring all of this to an immediate end.

Oh, I see. It's not that he did it, it's that he wants to protect his daughter. Good thinking. Where in the world will little Lucia (and his other 6 kids) learn bigotry and hate if Daddy's locked up? THINK ABOUT THE CHILDREN, PEOPLE!
Posted by Renée Z. at 10:40 AM