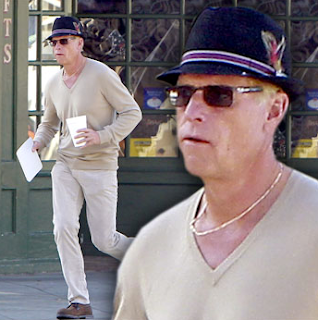 Some time last week, gossip sites started reporting that Jessica Simpson's father, Joe Simpson, has come out to his family as a gay man and is divorcing Jessica's mom, Tina. So far, the divorce has been confirmed, but his sexual orientation has not. I for one don't fucking care with whom Joe Simpson has sex, as long as as it's not me, a child, one of his daughters, or any other non-consenting party. He's gay? Good for him. Whatever. I mean, this may be the only thing I've ever read about Joe Simpson that doesn't make me want to punch him in the face.

If, however, you are desperate to get to the bottom of this sexual-orientation mystery, first I would ask you to look at your own attitudes about sex and sexuality (you can get back to me on that), and then I would direct you to RadarOnline.com, where some hard-working investigative journalists have cracked the case wide open. Yesterday, the site posted the photos you see above with this caption: "Ab Fab Fedora, Joe! Simpson Shows Off More Flamboyant Look In Wake Of Gay Scandal." A FEDORA! Oh, he's definitely gay. No straight man would ever wear something so flamboyant! What's next? He likes musicals? He's good at decorating? Please, Radar, don't keep us waiting. The public has a right to know just how many ridiculous stereotypes you can perpetuate while reinforcing the idea that homosexuality is some sort of scandal. Hurry!!!!!

P.S.: This just in!! Brad Pitt must be really gay. Check out the evidence: 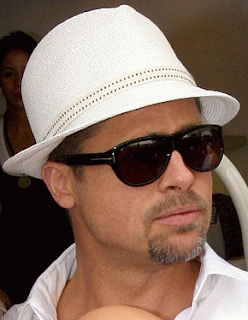 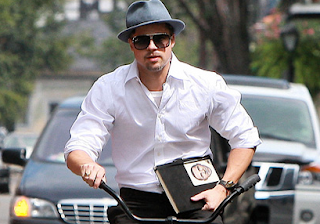 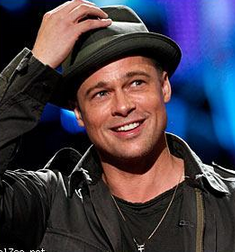 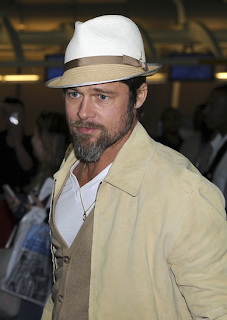