Wherein I Send A Letter Bomb 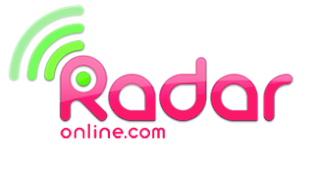 This morning, RadarOnline.com posted a story titled, "When Skinny Gets Scary! 14 Stars Who've Battled Eating Disorders." It's less a story than a slideshow, with photos of 14 stars who have admitted to suffering from anorexia or bulimia, including Nicole Richie, Kelly Clarkson, and Portia DeRossi. The front page of the story says, "Hollywood's hottest stars experience a lot of pressure to be thin for the cameras, but sometimes they take their 'thinpsiration' too far and end up battling awful eating disorders." Yes. Awful indeed. I wonder where this pressure comes from? I mean, who or what are these nefarious forces conspiring to objectify and body-snark women? Let's take a look at photo number 7, Ashlee Simpson: 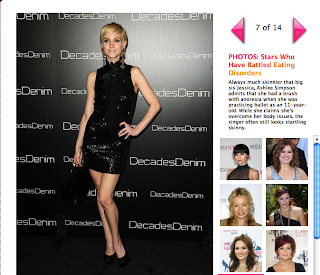 Allow me to direct your attention to the caption, which begins, "Always much skinnier than big sis Jessica..." ALWAYS. MUCH. SKINNIER. THAN. BIG. SIS. JESSICA. Well. That should teach Jessica! She's not on the list this year, but Radar Online is doing its part to make sure JSimp feels crappy enough about her weight to get some binging and purging in place for the next "Stars With Eating Disorders" story. And just to be safe, they were careful to point out that Ashlee "still looks startling skinny." Good point, guys. I think talking more about her size will really help that pesky eating disorder of hers. Let's move on to photo number 13, Snooki: 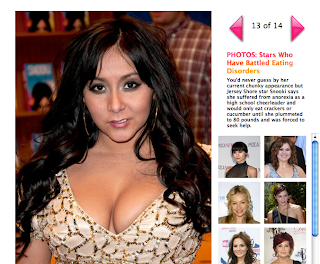 This caption begins, "You'd never guess by her current chunky appearance but Jersey Shore star Snooki says she suffered from anorexia as high school cheerleader..." Again, I am just confounded by these eating disorders they speak of. Where could these women have gotten the idea that they need to starve themselves? Why do they care so much about being skinny? It's a mystery, really. A question for the ages. Right up there with "What's the meaning of life?" and "Who let the dogs out?"