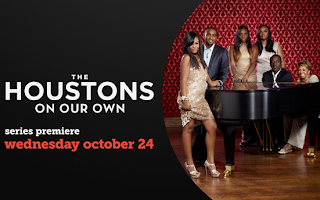 I know I heard about this several times, but evidently I chose to forget: E! News just reminded me that A&E is soon to start airing its newest reality show, The Houstons: On Our Own, which follows "the family Whitney Houston left behind." Stay classy, A&E. How long after Whitney died did some schmuck down at the A&E offices pitch this idea? It's heartwarming to know that entertainment executives have found new ways for celebrity families to profit from the exploitation of their loved ones' untimely, tragic deaths. Anyway, E! obtained a "special sneak peek promo" of the show in which Bobbi Kristina, Whitney's daughter, announces her engagement to Nick Gordon. Good for her, right? Slow down. Nick Gordon is not only Bobbi Kris's fiancé, he is also her adopted brother. Yup. Whitney adopted Nick when he was 12 years old and Bobbi Kristina was 9, and the kids were raised as siblings. Now, look, I'm not interested in throwing shade at Bobbi Kristina; the woman has suffered enough. But, um, what the fuck? Getting married at 19 is ridiculous enough. But this? I'm sure it has nothing to do with the fact that Bobbi K was the only heir to Whitney's fortune... or the fact that after being raised by two drug addicts and losing her mom, the poor girl is desperate for something that resembles stability and intimacy. Nothing at all. It's just true love, naturally.

At the risk of dating myself (which would be better than dating my adopted brother, ba dum BUM!), I have to ask: Is anyone else getting a Flowers In the Attic vibe from all of this? I don't know about you, but I need to go back to simpler times, when Bobbi K was just a kid, and her parents were spreading joy to the world through discussions of amateur proctology.