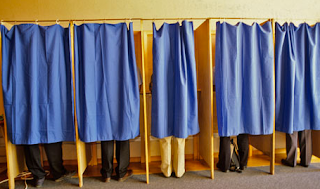 In general, I stay away from Presidential posts, but there's that whole ELECTION thing tomorrow, so I'm going to suspend posting until Tuesday night. It's not out of respect -- I mean, come on; have we met? It's because there are a bunch of propositions to vote on here in San Francisco that I know nothing about. So, rather than haphazardly pulling levers, Imma do some reading. Regular posting will resume on Tuesday night, unless Romney wins, in which case I'll be en route to New Zealand.