Fez's Fez Will Send You To Rehab 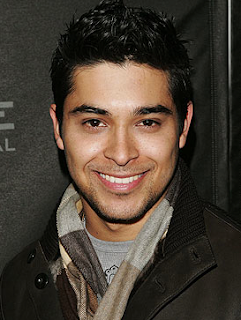 Hide your daughters, people. Blogs are abuzz this morning with reports that recently-rehabbed Disney sweetheart Demi Lovato was dating Wilmer Valderrama before entering treatment for several different psych issues. Wilmer is 30; Demi is 18. You might recall that Wilmer also dated Mandy Moore for two years, beginning when she was 16, before moving on to 17 year-old Lindsay Lohan in 2004. Okay, so, clearly Willie likes to, uh, get there first. Which is less worrisome than the fact that two of his three famous teen conquests have gone inpatient after his interventions. So when you next lament the tragic lives of young Hollywood starlets gone bad, remember that it's not the cocaine or the booze or the clubs. It's Wilmer's Valderrama.
Posted by Renée Z. at 10:49 AM