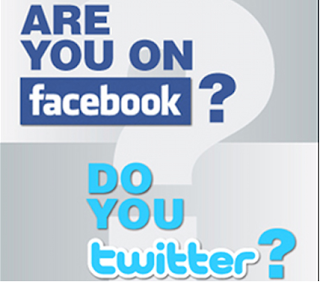 In honor of Lindsay Lohan's impending release from rehab, here's an oldie but goodie from F-Bomb Café's first incarnation. Read it and weep, suckas.


My dad is on Facebook. Go ahead and chuckle – it’s funny, right? My mom is, too, but that’s not as weird. For one thing, I don’t really care if my mom reads my status updates, no matter how profane or incriminating they might be. Mom’s no prude. For another, um, I speak to my mom. My dad and I haven’t spoken in three years. Don’t feel bad – that’s not my point (and I have a great therapist). My point is that it’s pretty bizarre that while he and I have not spoken to or seen each other since 2006, he regularly sends me chat invitations when I am logged in to Facebook. And the chat invitations don’t say “Sorry I’m an insensitive twit! Let’s talk!” They bing at me and say, “Cute dog!” or “Love the new profile pic!” I am just waiting for the day when he asks me to buy him a cow in Farmville or whatever it is you Farmville people do. And, so help me, if he asks me to join his mob in Mafia Wars, I will pop a cap in my Macbook. A decade ago, my father would have had to put effort into making a phone call or sending a card to try to repair our relationship. Now, he can send a quick message while he looks at his neighbor’s vacation photo album or takes a quiz to find out which Twilight character he is. Um…creepy.
It’s not that bad for me. Basically, I have to run away from some annoying IMs. It’s irritating, but that’s about it. Plus, it’s only Facebook. I can block my father. I can leave Facebook. Change the players to Lindsay Lohan and her father and the venue to Twitter, and we have a much more dangerous drama. To wit: Lindsay and her father had an all-out war on Twitter this week. Here are a few of her dad’s tweets (complete with his typos):
@LindsayLohan.. was I wrong for yelling .YES, but how about all the things mom did? remember Atlantis?Remember the lies to the cops?
@LindsayLohan..who WENT TO JAIL for 2 yrs because U and mom cried 2 me 2 come to LA,while I was on Probation,knowing I'd get violated?ME!
@LindsayLohan ..I never ever said that. I have it on my text (it is date and time stamped)! what is wrong with U?OOOPS!I already l know that
@LINDSAYlOHAN.. YOU R TWISTING THINGS JUST LIKE THE MEDIA DOES. THE VERY PEOPLE U CRITICIZE
@LindsayLohan.. done with ur&the other nonesense.Time to focus on what I have to
Okay, first of all, let’s just get the obvious out of the way. Lindsay Lohan has two of the worst parents ever to be allowed to reproduce, her father should be locked up (again), and it is no wonder Lindsay is a mess. Now, let’s think about what it must be like for Lindsay to read these tweets. She is assaulted with her father’s nonsense while the rest of the world reads it, too.  And her father, who is very obviously a delusional narcissist, has a stage. What chance does the poor girl have – did she ever have? How is she supposed to get away from this? I suppose she could move to some remote place where she reads and listens to no news, but let’s be realistic. She won’t and she shouldn’t have to. So, as long as Michael Lohan has Twitter followers, he can post this nonsense. As long as magazines print it, he will post this nonsense. And as long as he follows Twitter’s rules, none of which forbid emotionally abusing your daughter, there is nothing anyone can do about it, including Lindsay. This is where we go from creepy (my dad’s Facebook) to tragic.
I have made jokes at Lindsay’s expense in the past. I am a shameless consumer of celebrity gossip, and I am never ashamed to admit it. I poke holes in myself and marinate in Us Weekly whenever I get the chance. I read radaronline.com before I brush my teeth in the morning. I know the names of every one of the Beckham kids and every one of Tiger’s mistresses and was among the first to know when the latter number surpassed the former. But watching a family destroy each other on Twitter is more than I can take. Can’t families just go back to torturing each other the old fashioned way -- screaming matches at Thanksgiving dinner, showing up drunk to Junior’s graduation, stuff like that? And, please, if you want to tell someone you are sorry, say it like you mean it – with your mouth. Families are messed up enough, even the loving ones. Adding more ways for us to torture each other is just wrong. Let’s stick to Farmville and Mafia Wars online and leave the important stuff to that face-to-face thing we used to love so much.
Posted by Renée Z. at 9:26 AM