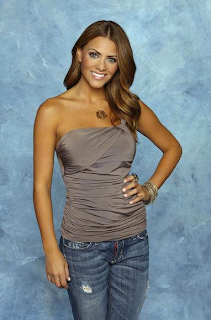 "Life & Style can exclusively reveal that Bachelor contestant Michelle Money had an affair with NBA star Carlos Boozer - while he was married. Opening up about the scandal for the first time, Michelle tells Life & Style, 'Yes, I was in a relationship with Carlos while he was still married. What I did was wrong.'" - from a Life&Style press release about "The Bachelor" contestant Michelle Money. Um...okay. Michelle goes on to explain that she thought he was separated but she takes responsibility and she's sorry his wife got hurt and blah blah blah. Hey, MiMo: NOBODY ASKED. Now, I don't watch "The Bachelor," because even I have limits, but apparently Ms. Money has been acting up there, too. What a surprise. Also shocking: she has dabbled in acting. Which means that -- you guessed it -- she might not really be looking for love. I know, it's hard to believe. So, according to my famewhore flow chart, we can expect a sex tape, an abusive boyfriend, or an addiction to surface any day now. Maybe if we're lucky it'll be all three! I, for one, can't wait. Stay classy, Mickie!
Posted by Renée Z. at 9:21 AM