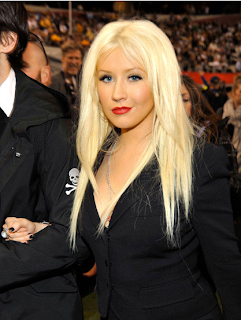 ...but Christina Aguilera has been arrested for public intoxication, and her boyfriend has been arrested for DUI. There are no details yet, but, you know, her behavior of late says it all, doesn't it? Given said behavior, it isn't as if I'm the only one who thought CAg was deep in the hooch (but I did, ahem, mention it here). I think it's safe to say there will be a rehab announcement or a  in 3...2...1...

Christina Aguilera Arrested For Public Intoxication! [Perez]
Posted by Renée Z. at 6:47 AM