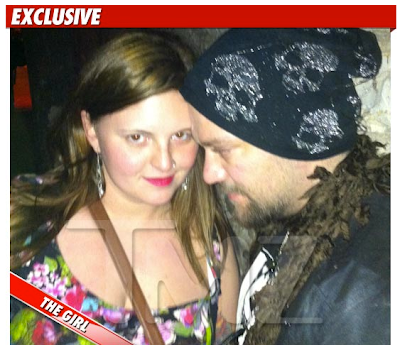 "...someone said something rude to me, so I began making fun of a big girl in the group. I called her a sea otter and asked her why she's in Texas.  She should be in Alaska laying on an iceberg because she's a beached whale." - Bam Margera, explaining how he got into a bloody fight Thursday night at a hotel in Austin. A friend of the girl whom he targeted attacked Bam, the two fought, and she knocked his pathetic ass out. He was, according to TMZ, unconscious for 7 minutes. Ha. I mean, wow. Okay. So. Bam is a 31 year-old "man" who responds to anonymous heckling by calling a random girl fat. I don't agree with violence, but I fully support profanity. So: Fuck you, BAM, you middle-school acting, obviously insecure, lacking any real sense of humor asshole. Oh, and, nice black eye, moron. Grrrrrr.
Posted by Renée Z. at 2:17 PM