Dear Gods Will Someone Make This Stop Already 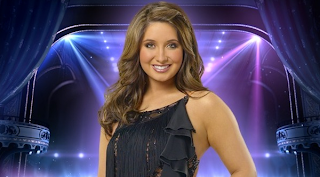 Bristol Palin had some sort of breakdown while rehearsing for Dancing With the Stars, and, as luck would have it, the whole thing was caught on film for last night's episode! Serenfuckingdipity! Now, I didn't see the show during which BPal burst into tears (because I have precious few shreds of dignity left onto which I am holding like grim death), but according to Us Weekly, the DWTS "All-Star" burst into tears and said to partner Mark Ballas, "I know you are bummed to have me as a partner...I feel like you want to go home!" before storming out of the studio. Aw, Brissy. Come on. If you're going to fall to pieces every time someone wants to get away from you, it's gonna be a long, piecey life. You know what the worst part of this whole thing is? No, not that she still gets to dance on the show, but good guess. The worst part is that it gave her mother a reason to open the trash chute that is her mouth. Sarah Palin used Facebook to voice her support for her daughter, who she believes is cracking under the pressure of constant criticism. Wrote Sarah, "Do the haters really think this will stop Bristol and Mark from keepin' on keepin' on? Silly critics -- after all these years of goofy antics like this we find these efforts are actually quite motivating!" Indeed, that is something one can't take away from the Palins: they conflate opposites all the time. For them, criticism equals support, incoherent drivel equals speech writing, ignorant nonsense equal political ideals...I could go on. It's inspiring, really. Keep on keepin' on, asshats!
Posted by Renée Z. at 9:25 AM