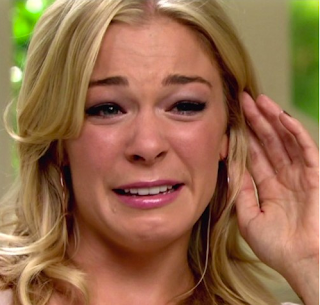 LeAnn Rimes gave her first post-rehab interview to the The Boston Herald last week, and in it the singer/bikini-inhabitant explained that social media forces were at the root of the anxiety and stress that drove her to seek inpatient care. Said LeAnn, "I think it's really hard to deal with Twitter and Facebook and all these social media outlets. And it's hard to take it day after day of reading and seeing things that someone you don't even know says about you. As much as you said you don't want it to penetrate, it does, because you're human." Now that she is feeling better and stronger, LeeLee will kick off a tour in Nevada this Friday. There's no word on the identity of the mystery person who held a gun to her head and forced her to open and maintain her Facebook and Twitter accounts before forcing her to call and curse out one of her former Twitter followers, but I sure hope this depraved criminal is prosecuted to the full extent of the law.