For Those Of You Who Think He Doesn't Suck 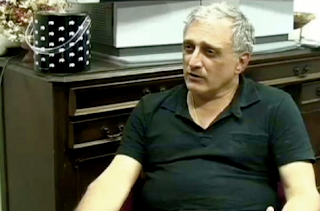 Most of you are already familiar with Carl Paladino, the jackass Republican running for governor of New York. Likewise, most of you are already familiar with CPal's reprehensible remarks about homosexuality during a speech this past Sunday. What you might not be familiar with is the fact that from 2004 to 2006, Paladino collected rent from two gay clubs, one of which his son operated. Because homosexuality is not "a valid and successful" lifestyle -- unless it's profitable. What's worse than a hateful homophobe? A hypocritical, greedy, lying, hateful homophobe. But, no, really, vote for him. What a douche.

UPDATE: Paladino issued an apology this morning via press release. You can read it here.
Posted by Renée Z. at 8:41 AM