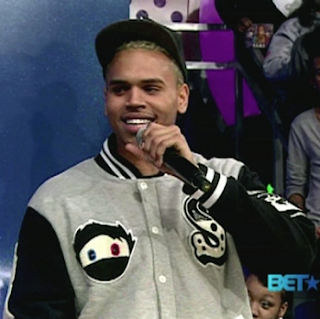 "I felt like they told us this just so they could get us on the show so they can exploit me. So I took it very, very hard and I really kinda kept my composure throughout the whole interview, although you can see me upset, I kept my composure, I did my performance. And when I got back [stage] I just let off steam. I didn't physically hurt anyone, I didn't try to hurt anyone, I just wanted to release the anger that I had inside me because I felt that I worked so hard for this music and I felt like people kept just trying to take it away from me. So yes, I got very emotional, and I wanna apologize for acting like that." - Chris Brown, "apologizing" for his tantrum at ABC on Tuesday, which he threw after being questioned about the Rihanna "incident." It's so strange to hear someone with a violent, problematic temper and a domestic violence history play the victim. By which I mean it's not strange at all. Get help, Christopher. Nobody is trying to take anything away from you and vandalism isn't a functional way to "release anger." And, just to state the obvious, it's pretty quaint that Chrissy lost his temper in a dangerous way over being asked about losing his temper in a dangerous way. One more time, Chris, and you'll have an explosive anger hat trick! Way to go!

VIDEO: Chris Brown Apologies For GMA Meltdown: 'I Got Very Emotional' [RadarOnline]
Posted by Renée Z. at 8:44 AM